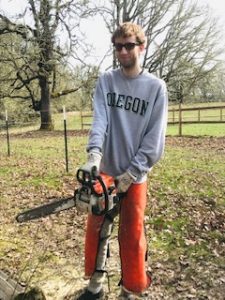 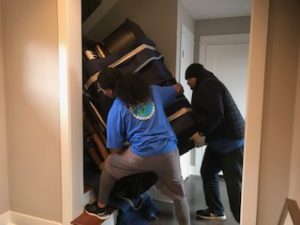 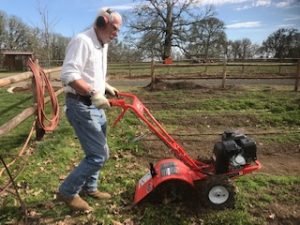 When you’re a kid growing up in the soggy Willamette Valley and it snows, you’re just happy. When it snows for a week, it’s a miracle. What about when you’re a grown-up living in Corvallis? Yep. Miracle. 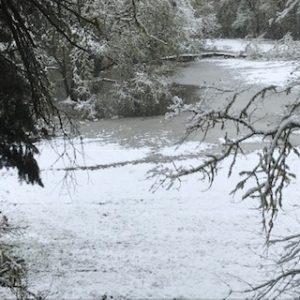 This is the sign Jenny gave Larry for Christmas, all dressed up: 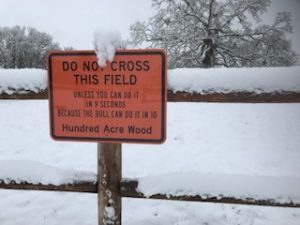 Okay, backing up here. When last seen, the chickens were huddled in the coop, reluctant to go outside even when tempted with treats. No surprise, when I discovered this guy, lying athwart the coop wall: 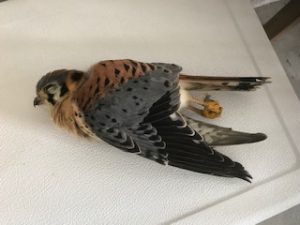 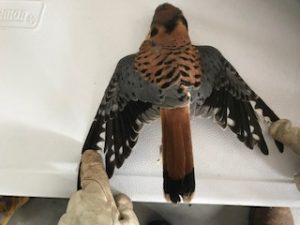 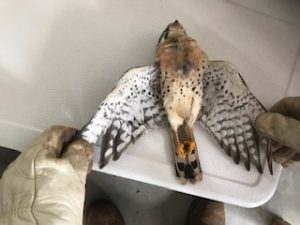 But he’s too small to hunt a chicken, isn’t he? Well, no, according to the man at Shonnards, who is our source of most farm-related info. Chickens, he tells us, are at the bottom of the food chain, with no defensive mechanisms, thanks to years of domestication and selective breeding. Even a Kestrel can take one if he’s lucky. Which apparently ours wasn’t, who died trying. Or so it appears.

However, Shonnards tells us, that wasn’t a hawk that killed your birds anyway. No hawk will go inside a coop, nor would he leave the dead bodies tucked in, as ours were. Nope. Got yourselves a rat, he says first. But upon receiving more information, changes his diagnosis. Yeah, no, that wasn’t a rat. A weasel, or mink. Maybe a raccoon, but the m.o. clearly points to a weasel. Hmm. I didn’t like the idea of a rat, but a weasel takes our chickens? No romance, no Mom Nature sacrificing one bird for another. What do we know about weasels, other than their very bad reputation? Excuse me while I turn to Google. (Went to Mental Floss, in case you want to see photos.) They’re cute, vicious, bloodthirsty killers, provisioned with a skunk-like stink gland. Well, no wonder Rhodie has been paralyzed since the attack. So how do we protect our birds, going forward? Grant, Fence-Guy is coming over on Sunday to assess the possibilities for an outdoor run inside the orchard for the chickens. To protect from hawks and owls, we supposed. Free range, yet alive, chickens? How far do we go?

Changing the subject to the Department of Having Fun: We took a long weekend to go to Astoria with our buddies Vik and Gordon for the Fisher Poet Festival. This is a long-standing celebration (21 years) of a community of which we knew about exactly nothing. Fisher folk comprise lobstermen from Maine, salmon, haddock, crab, and halibut fishers from Alaska, a brotherhood which includes a serious component of women. Wasn’t so much “poetry” as stories, a window on a seductive, dangerous, compelling way to make a lot of money (or not) in a short span of time.

On Monday, while Larry is in Portland having breakfast with his work-friends from back in the day, going to the dentist, to the symphony, I remain snow-bound on the farm, unable to travel to the city for my own dentist appointment. Oh darn. I receive an invitation from neighbors to come over for a bowl of soup, then, when it gets dark, out to the hill in back for some night-time sledding. With two artificial knees, some activities are pretty challenging. Like getting into or out of a bathtub, for example. What about flopping down onto a sled? Yeah, not so easy. So I took just one run, for my pride, and called it perfect. Side bar: when we first met these neighbors, Larry enjoyed regaling them with our life history, complete, incessantly, with dates. They could do the math, and while I’m not so bloody eager for everyone to know just how old we are, he revels in it. Apparently. Result, these neighbors treat us gently, as one might, treat old people. Sigh.

Now we turn to the dark side of this snow. On Tuesday of this week, Larry and I took a walk around the western/southern perimeter of the property. And found this: 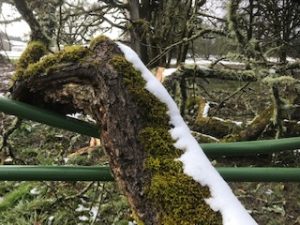 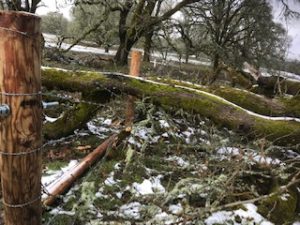 Larry sounds dismayed, but I believe he is secretly enjoying the prospect of more sawing! We have five fallen trees! he exclaims, but when I suggest hiring Sam to come and take care of them, he says no. Ah. I get it. But this particular tree is unfortunate in the damage to our brand new fencing. As no cows are here at the moment, there’s time to do the work. Weather permitting, which it isn’t. And of course, even Larry knows he can’t mend the fence. That will involve Grant who, as I pointed out earlier, will be here this weekend.

So this morning we wake up in the month of March. Fog, temp below 32, our cell phones inform us. But there is work to be done in cleaning the garage, always a favorite. We’re on it!